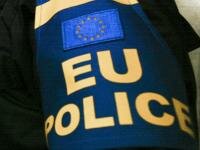 Koha Ditore reports that the policemen of the European Union Mission for the Rule of Law, in the evening hours have arrested Nazim Bllaca, who admitted publicly to have committed one killing and participated in 16 similar other cases, while according to senior Kosovo officials were also involved in these crimes.

A member of the former self-proclaimed KLA and the illegal Intelligence of Kosovo, Nazim Bllaca, said he had taken part in several cases of murder, intimidation and threat aimed at political opponents of Kosovo PM Hashim Taci’s party.

He told Pristina media that, as a member of that group, he had taken part in 17 cases of crimes, including murder, murder attempts and threat, and that he reported that to EULEX a month ago.

The target were political opponents of Taci’s party, mostly the high officials of the Democratic Party of Kosovo, Bllaca said, refusing to answer the question whom he has murdered personally.

He added he had received orders were the high officials of Taci’s party. EULEX has also begun investigating the allegations of deputies of the Democratic Alliance of Dardania, Gani Gaci, on the involvement of Taci party’s officials in organized crime, of which, as Geci emphasizes, there is evidence recorded on a CD, media report.

Koha Ditore reports that the policemen of the European Union Mission for the Rule of Law, in the evening hours have arrested Nazim Bllaca, who admitted publicly to have committed one killing and participated in 16 similar other cases, while according to senior Kosovo officials were also involved in these crimes.

The 37 years old Bllaca, who claims that he is former agent of Kosovo Information Service (SHIK), was called to the office of Chief Prosecutor on Monday and after a few hours’ statement he was detained by international policemen under suspicion for murder and involvement in organized crime.

“Nazim Bllaca has been arrested and he is accused for murder and organized crime. The Prosecutor from the Special Prosecution Office will ask tomorrow the judge to determine the detention period”, said the Spokeswoman of Justice component of the EULEX mission, Christina Herodes. She did not give any further detail about the case under the justification that the investigation is ongoing.

After a meeting with head of EULEX Yves de Kermabon, Prime Minister Hashim Thaci said that the persons named in the DVD footage will be investigated as will the persons making the allegations. “No one will be above the law,” said Thaci. “We will be very decisive and every raised issue will be clarified to the end,” said PM Thaci further.

De Kermabon said that the nonintervention of politics is crucial in the investigations process and that EULEX is determined that rule of law is respected in Kosovo. He also said he would not comment on the latest developments in Kosovo as it is up to the justice to address them.

President Fatmir Sejdiu called on judicial authorities to undertake all necessary measures to enlighten all crimes committed in Kosovo. “The President has followed the latest developments carefully and with concern,” says a statement issued by Sejdiu’s office. It further calls on the citizens of Kosovo to preserve peace and trust local and international justice institutions.

At the same time, AAK leader Ramush Haradinaj said Bllaca’s statements given from downtown Pristina show that there is no justice in Kosovo. According to Haradinaj, in every normal democracy members of the law enforcement agencies would act immediately after those statements. Commenting on the content of the DVD, Haradinaj said it is a very delicate issue and he will be careful in his statements.

LDK whose officials are mentioned as being victims to the killings that Bllaca confessed to also issued a press release saying that the party calls on the judiciary, local and international, to act swiftly in resolving all cases mentioned in the recordings. “No one can be above the law and no one can have illegitimate immunity,” the statement read.

Adem Salihaj from LDD who was the one that presented the DVDs in the first place said that he will make public the contents of another CD which will further support the claims over the killings of LDK officials. At the same time, he called on the LDK to review the coalition with PDK. He said that the structures that Bllaca worked for also had on the list of liquidation the late President Ibrahim Rugova. He expressed shock at how it is possible for someone to state he killed people and not get detained. Salihaj also said he has reservations on the justice of EULEX as well as for the work done so far by UNMIK and Kosovo Police.

PDK member Xhavit Haliti for whom Bllaca said is one of the SHIK leaders, told Koha Ditore that he does not know Bllaca and that he never served under SHIK. “I don’t know the motive of why he would say such a thing,” said Haliti