Nestlé to acquire the business of Serbian food and beverage company

The world's leading food company Nestle announced Friday it had reached a deal to take over one of Serbia's biggest foodmakers Centroproizvod. The acquisition includes Centroproizvod's assortment of culinary products, beverages and candy.

The world's leading food company Nestle announced Friday it had reached a deal to take over one of Serbia's biggest foodmakers Centroproizvod. The acquisition includes Centroproizvod's assortment of culinary products, beverages and candy.

Nestlé today announced that it has agreed to acquire the business of Centroproizvod A.d. Company, a leading food and beverage producer in Serbia. The law office Bojovic Dasic Kojovic advised Nestle on the acquisition, Marija Bojovic led the advice.

The Centroproizvod business - expected to reach sales of almost CHF 30 million (RSD 2.5 billion) in 2011 - includes culinary products such as dry spices and seasonings, soups and dressings; beverages such as chocolate drinks and tea; and confectionery products.

The terms of the deal, which is subject to regulatory approval, include the acquisition of Centroproizvod’s iconic C brand, as well as the company’s factory in Surčin, in the Serbian capital Belgrade. 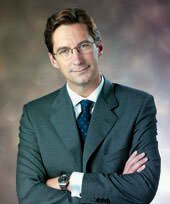 Marco Travaglia, Head of Nestlé’s Adriatic Region, explained the importance of the investment.
He said: “This acquisition is a strategic move to strengthen Nestlé’s presence in the region.
“Centroproizvod’s product portfolio is complementary to ours and the local production in Surčin with its distribution capabilities is a great asset for us.”

Centroproizvod CEO Nemanja Popov said he expected "Nestle's experience, knowledge and long tradition will ensure that the Centroproizvod brand continues to develop and become even more important in the region."

"We have brought Centroproizvod to the very top of the food industry and after long deliberation on our development strategy, we decided this was the best step for the company, and for Serbia's food sector on the whole," Popov said in a release.

Its leading product, Začin C seasoning mix, is present in many households across the country. An exclusive mix of spices and dry vegetables that can be added to cooked meals, almost every third lunch in Serbia is made with the addition of Začin C.

Nestlé has been present in the Adriatic region since 2003. The Company currently employs around 500 people and operates one factory in Stara Pazova, Serbia.