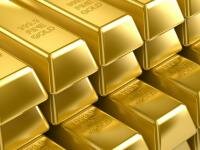 This regional event hosted ministers of finance and governors of central banks from five countries in the region, including Montenegro, Serbia, Bosnia & Herzegovina, Albania and FYRMacedonia, as well as the European Investment Bank.

Participants at the forum are to exchange experiences on revenues and expenditures of the budgets in times of crises, public expenditures, public debt, challenges of fiscal policy in crisis, road to EU “Greek scenario” and countries in the region, relations of fiscal and monetary policy after the recession.

- The State budget- realization for 2010 and plans for 2011
- Plans for how to carry out structural reforms in the public sector, pension and social security, etc… with a constrained budget
- Determining consolidated balance of public revenue and public spending-measures in place for stimulating economic growth
- System and policy of taxes, tariffs and other public revenue
- Public expenditure policy-challenges during a crisis
- The Greek scene and countries of the region
- The relation of fiscal and monetary policy after the recession
- Management of available public funds-what is available and how is it accessed?
- The path towards the EU-recommendations and suggestions
- Challenges of fiscal policy and economic recovery
- Budget deficit and means of financing it
- Public debt-measures for reducing it