Bankar is the most relevant and the most credible financial and business monthly in Serbia. Bankar is staple  publication to all invloved in business and money – policy and decision makers in the corporate and financial sector and in the state administration.

Bankar has found its place on the desks of all Serbian ministers and state secretaries, the governor, the deputy governor and department heads in the National Bank of Serbia, Foreign Investor Council and other relevant organisations in the country.

Bankar is a regarded as a key source of financial and business information by embassies, international institutions, eminent scientists and economists, and many other whose opinions matter in the country and who are involved in the economic 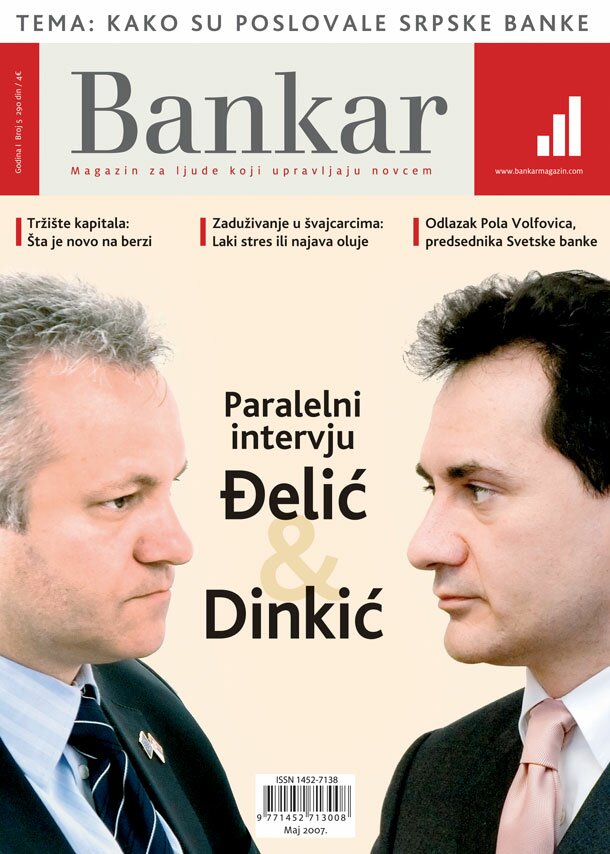 policy creation. Only after a few issues, Bankar has established itself as the most influential financial magazine whose loyal readership includes bank managers, members of management boards and bank officials.

Our subscribers are brokerages, investment funds, pension funds and various companies. Our magazine is intended for the entire business elite. Our pages are open for exchange of opinions and debates that invariably reach their target audiences.

On the one hand, Bankar is a forum where business people can address their proposals, suggestions and remarks to the government; on the other hand, government representatives and creators of economic policy announce their future moves in Bankar and explain measures that are currently being taken.

In addition to domestic topics, Bankar provides current information from all over the world gathered through our network of correspondents that spreads over the region, the European Union and the United States of America. Experts working in the most renowned international institutions such as the World Bank, IMF, Nomura, Morgan Stanley etc. also contribute with their articles.