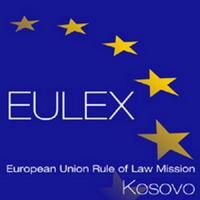 The special working group of EULEX for investigating the claims of the Council of Europe (CoE) rapporteur about war crimes and illegal trafficking in human organs of Serb prisoners in Kosovo and in Albania, has begun working in Brussels.

The special working group of EULEX for investigating the claims of the Council of Europe (CoE) rapporteur about war crimes and illegal trafficking in human organs of Serb prisoners in Kosovo and in Albania, has begun working in Brussels.

According to statements of EU officials in Brussels on Oct. 5 to BETA, the chief prosecutor heading this body, American John Williamson, is supposed to take office soon.

They said that Williamson is finishing his job as the special U.N. expert for war crimes in Cambodia, and is soon to take the helm of the special EULEX investigation team for claims of Dick Marty, the CoE rapporteur.

The EULEX working group consists "only of international professionals - prosecutors, investigators and support personnel, who will continue the preliminary investigation that is already underway," into said crimes, the EU sources said.

EULEX prosecutor to be sent to Albania

Head of the EU mission in Kosovo Xavier de Marnhac stated Wednesday in Tirana that in the next weeks a prosecutor and his assistants will be sent to Albania to investigate whether there was a human organ trafficking ring which sold organs of civilians arrested in Kosovo during the conflicts in 1998- 1999.

I think that it is in the interest of the entire region that the investigation yields clear conclusions, de Marnhac said.

Until now, Tirana and Pristina have dismissed the allegations presented in the CoE report which was adopted by the CoE Parliamentary Assembly last year.

Marty accused the Kosovo Liberation Army (KLA) of transferring arrested civilians, Serbs and other nationals, to Albania where their organs were extracted and then sold in the West.

The report alleges that the Drenica Group and incumbent Kosovo Prime Minister Hasim Taci were involved in these crimes.

The witness from Belarus, identified only with initials A.K., had been one of the victims in the so-called Medicus case, named after the Pristina clinic where the alleged crimes took place.

"He testified how he had come (to Pristina) from Istanbul and how his kidney had been removed," defense lawyer Fazli Balaj told reporters after the court's session.

Balaj quoted the witness as saying that he had received only a part "of the money he was promised."

The second day of the trial was closed to the public and the media, with even some 20 relatives of the seven defendants, who gathered at the court entrance heavily guarded by police, refused entry.

"The Medicus case is one of the most important cases that the (European Union rule of law mission) EULEX has dealt with," the EU mission's spokesman Blerim Krasniqi told AFP.

The defendants are charged with human trafficking, organised crime, unlawful exercise of medical activity and abuse of official position or authority, he added.

The seven suspects, six of whom are doctors, went on trial on Tuesday before a panel of judges composed of two European magistrates and one local judge. All seven have pleaded not guilty.

According to the indictment, the victims of organ trafficking were recruited from poor Eastern European and Central Asian countries.

The most prominent defendants, who according to the indictment formed "an organised criminal group", are Kosovo's former health secretary Ilir Rrecaj and Lutfi Dervishi, a prominent urologist.

Rrecaj is accused of having issued a licence for the Medicus clinic even though Kosovo law forbids organ transplants. Dervishi is alleged to have set up the whole organ transplant network.

Other suspects in the Medicus case include Turkish doctor Yusuf Sonmez, said to have performed organ removal surgeries, and Moshe Harel, an Israeli accused of having matched donors with recipients.

Last month in Istanbul, Turkish public prosecutors indicted Sonmez and Harel over the case and requested a 171-year prison sentence for each.

The Medicus clinic was raided and closed by police in 2008 after a probe was launched when a young Turkish man collapsed at Pristina airport after donating a kidney to an Israeli man.

This trial is not directly related to allegations of organ trafficking made in a Council of Europe report against Kosovo prime minister Hashim Thaci and other senior commanders of the ethnic Albanian guerrillas during and after the 1998-1999 war with Serbia.

But EULEX has also opened a probe into that report and recently appointed US prosecutor John Clint Williamson to run the investigation.